How COVID-19 made me a better mixer 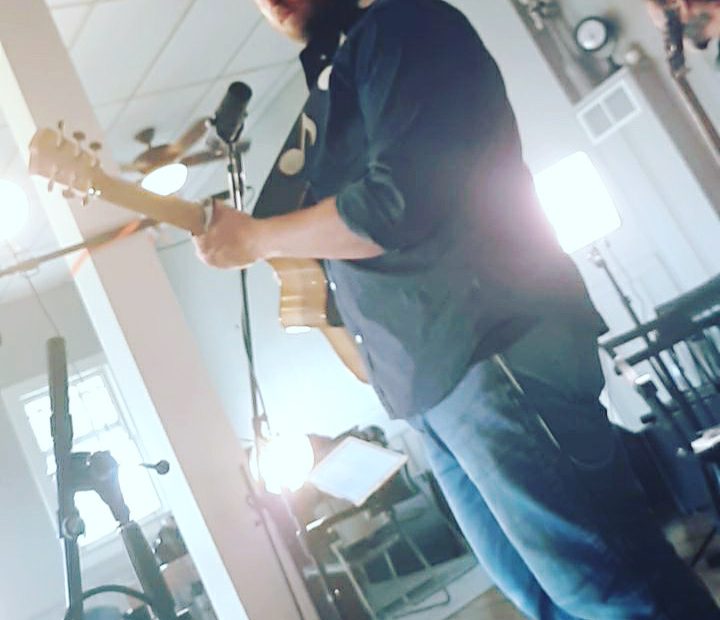 or: A SUREFIRE WAY TO GET BETTER AT MIXING (AND ANYTHING ELSE…)

I’m not even going to worry about trying to write a whole bunch to get this point across.

I’m going to give it all away now!

Now, that may not sound like anything groundbreaking or profound.

But it is true.

And here’s how I know…

But first, a little background.

I’m a sucker for buying courses.

I love the idea of learning.

I also love to learn.

But for a (very) long time, I made a fundamental error in my approach to learning that held me back in a big way.

I mistook the act of buying courses and wanting to learn for actually learning.

In the same way that being busy ≠ being productive, buying courses ≠ learning.

Even sitting down and watching the courses all the way through may impart a little bit of knowledge.

But the real deception comes in the way you feel after you complete a course.

I can’t even begin to count the number of courses I watching quickly, just for the sake of filling up the completion % bar at the top!

I may have taken away a few nuggets here and there…

But I didn’t really learn anything.

And every instructor (EVERY SINGLE ONE) will tell you that you won’t really learn unless you put the concepts INTO ACTION!

So here’s my real-life example of how this lesson basically punched me right in the face.

I’m a veteran of at least 15 years of thinking about home recording and mixing audio.

I could be a pro right now…

If I had only put things into practice.

Now don’t get me wrong, I recorded some stuff, just not a lot.

And I would have long breaks in between things I recorded.

But recently something happened.

And the direct impact this had on me was the cancellation of in-person church worship services.

After a couple of weeks of just putting the sermon online, we decided that we had better start including some worship music.

(People were requesting it, and I love them for it!)

That’s all well and good… I’m a pretty good live singer, etc. and I have all the gear and way more plugins (and DAWs) than anyone needs to put out professional sounding recordings.

But it turned out that thinking about it and doing it weren’t exactly the same thing.

My first mixes were pretty darn rough (to put it mildly… in fact, they probably sucked.)

But mixing audio week after week made things improve rapidly.

As I write this, I think I’ve mixed pre-recorded worship for at least a month’s worth of services, may up to 6 weeks.

And each week they’ve gotten better.

But that’s the shocking realization…

My mixing improved more after 6 weeks of real-world practice (as in, practice where my final product would be put out into the world), than 15 years of putzing around, kinda half-way going at it.

Here’s the thing though…

You’re probably going to brush this off like I did for years and years.

But here’s my suggestion (and a bonus tip) anyway:

Put yourself in a situation, IMMEDIATELY, where you have to produce some music, under a deadline, that will be put out into the world to be consumed by an audience.

There’s no better way to improve.

Instead of a bunch of hazy concepts, you’ll start using “Just-in-Time” learning to figure out what you need to know, put it in action and move on.

You’ll retain it better too.

And here’s my bonus tip…

Every mixing course out there provides you stems for you to drop in your DAW so you can practice mixing and “build your portfolio”.

These are great and all, because it really does get you reps, but at the same time, these are professionally recorded stems (in most cases).

This means that they already sound pretty good (probably).

So the mixing is “easier.”

BONUS TIP: Go out and create your own crappy recordings (not intentionally), but if you’re not an experienced recording engineer you’ll likely run into some big hurdles.

That picture at the top is of me during one of our recording sessions where we just got the band in an open room and recorded the songs as best we could with the gear and knowledge we had available.

I’ve got tracks that are recorded way too low, mixed with tracks that are a little too hot, and parts that are out of time, bleed into my lovely lead singer’s vocal track, and a drum kit that’s all on one track…

Taking stuff like that and making something that sounds reasonable will boost your mixing skills even further, because you’ll have to actually figure out what’s wrong and learn to fix it.

CAVEAT: Your final result will never be as good as if you had amazingly recorded tracks that were properly captured at the source.

But that’s not the reality for most of us.

So go get your own tracks, then mix them until they sound as good as you can possibly get them…

And then put them out into the world.

Maybe later I’ll update this post with specific before and after examples, but for now I’ll just link my church’s website where you can go to check out the music attached to the services (starting with April 5, 2020 and going forward from there)